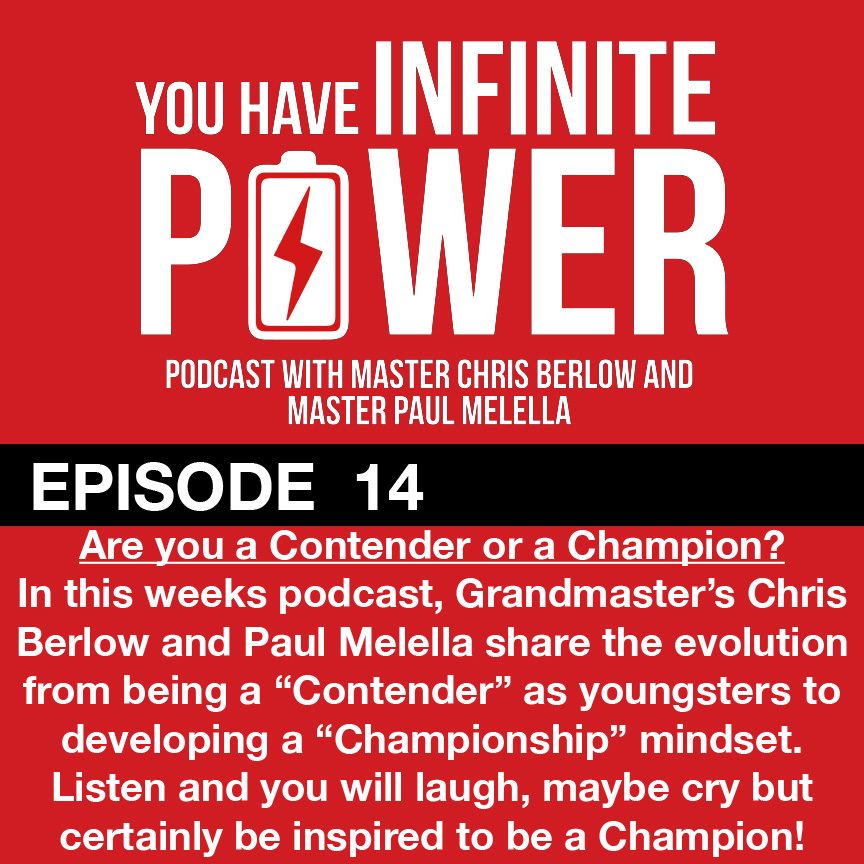 This week on the YOU Have Infinite Power Podcast Grandmaster’s Chris Berlow and Paul Melella discuss the difference between a “Contender” and a “Champion”. The two of them share their experiences and stories from their past that helped them shift and develop the “Championship” mindset that they hold today.

It is this mindset that allowed Chris and his team to Champions 4 Cures team to raise over $109,000 for Leukemia & Lymphoma Society in his Man of the Year Campaign. It is this mindset that allowed Paul to train his brother to be the adult National Taekwondo Champion at the age of 16 who is now his business partner with four locations and commercial properties under their belts.

It is the championship mindset that has Chris climbing enormously tall mountains and Paul to train his body to compete in physique competitions and beating out individual’s decades younger than him. It drives the two of them every single day to strive for constant growth in their health, relationships, career and family working towards multi-dimensional success.

Here is the difference between a “Contender” and a “Champion”

Choose to be a Champion and live life to the fullest!